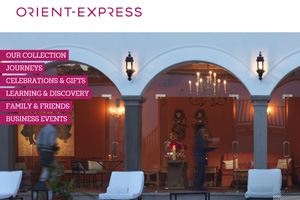 Orient-Express Hotels faces a takeover bid by Indian Hotels Company as it looks to expand its global presence.

India’s biggest hotel group has offered $12.63 per share for the 93% of the US-listed company that it does not already own.

Orient-Express Hotels, which operates 46 luxury properties as well as restaurants, tourist trains and river cruises in 23 countries, would continue to remain an independent company if the deal goes through.

IHC said it launched a bid after Orient-Express indicated it would “not be interested” in an equity investment.

“We believe this offer is in the best interests of Orient-Express Hotels and its shareholders, and deserves careful consideration by your board of directors,” IHC said in a letter to Orient-Express.

“We believe this premium cash offer represents a compelling value proposition for the company shareholders, especially in light of the current fragile state of the global economy and the lack of clarity about the prospects for recovery.”

IHC has 99 hotels in 56 locations across India and 16 international hotels including The Pierre Hotel in New York.

Orient-Express Hotels turned down an offer in 2007 to form a strategic alliance with IHC.

The company confirmed that it has received an unsolicited letter from IHC to acquire all outstanding shares of Orient-Express Hotels.