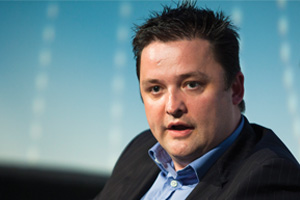 Travel agents have been warned their apathy towards proposed changes to European package travel rules could see them “sleep walking into oblivion”.

Kane Pirie, chief executive of leading online travel agent Travel Republic, decided to step down from the Abta board last week because he disagreed with its approach on the issue.

Travel Republic and other agents in the association have expressed concerns with an original member consultation Abta carried out on proposed Package Travel Directive reform.

This consultation has led to the association lobbying for a dramatic extension of the scope of the current directive to cover all sales of separate flights and hotels, when sold at the same or similar times.

Pirie confirmed to Travel Weekly his decision to leave the Abta board was sparked by frustrations over PTD reform.

“I am very uncomfortable with the position Abta is lobbying for on the new PTD and the process that it went through in formulating that position.

“I condone neither the position nor the process. Travel agents are sleep walking over the cliff, lulled by some fantasy that you can be a package organiser and still be an agent.

“That would be unprecedented. You might as well strive to be a pregnant virgin – divine miracles aside it is not going to happen.

“The Abta position has not been properly costed up or communicated to travel agents which fundamentally undermines the consultation process.

“I hope Abta will reconnect with its agent members on this topic but the agents also need to engage under their own steam.

“The apathy of the wider travel agency community to PTD reform will be their downfall. This is about an agent’s right to be an agent.

“If agents do not defend that right Europe will sweep it aside under a storm of new regulation.”

It is still not certain what the European Commission will propose for PTD reform, with a first proposal not due out until early in 2013, but it is understood it is looking to extend the scope of the regulation in line with Abta’s lobbying position.

In contrast, The European Technology and Travel Services Association (ETTSA), which represents Europe’s largest travel agents and GDS providers, has submitted its response to the consultation arguing strongly for the retention of the current scope and a directive which continues to support the travel agents business model.