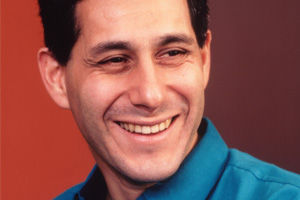 Boris Johnson may believe Heathrow expansion “simply will not happen”, but the London mayor’s arguments do not stand up, says David Tarsh

London Mayor Boris Johnson appears determined to persuade the government-appointed Davies Commission to rule out a key option for expanding UK hub airport capacity before the Commission even starts work.

As the head of the Commission Sir Howard Davies launched his inquiry on Friday, Johnson appeared on BBC Radio 4’s Today programme to complain not only about the timescale of the inquiry but about Heathrow and to push his estuary airport idea instead.

Johnson’s argument is essentially that the noise at Heathrow is so bad and a third runway so dreadful to contemplate that there must be no further expansion at Heathrow.

However, there are points to counteract his position that seem not to have been properly explored.

First, planes are getting quieter all the time and are likely to continue to do so.  Aircraft designers and manufacturers are paying a great deal of attention to noise reduction and a quick visit to the internet reveals that a great deal of money and brainpower and imagination is being devoted to this quest.  It would be really interesting for there to be more journalistic enquiry into the subject of aviation noise, how bad really is it is and what more can be done about it?

Second, steeper angles of descent by aircraft could be deployed at Heathrow that would significantly reduce noise. Yet they are not used – why not?

This is evidence that the noise is not really that bad – because if it were, those properties would not fetch such high prices. There must be a trade-off going on here – I suspect between convenience and employment versus noise.

Fourth, there has been virtually no discussion about what happens if Heathrow does not expand or if an estuary airport is built. Let’s do a thought experiment and magic up an estuary airport. What would happen then?

For this to be viable, Heathrow would need to close because otherwise, with its distance from the centre of London, most people would still prefer to land at Heathrow given a choice.

Assuming Heathrow were closed, the whole centre of gravity of the economy would shift from the west of London to the east and all that valuable property to the west and in the M4 corridor would suffer a kind of ‘blight’, to use Boris’s language – and possibly a worse ‘blight’ than he envisages from expansion – through the destruction of jobs and falling property values to the west of London.

I suspect that if a more sophisticated point about these trade-offs were made to the residents of west London most would actually accept that Heathrow expansion was more desirable than the alternatives – provided there were sufficient measures to tackle the noise.

Believe it or not, this is precisely where we were before this government came to power.

We don’t need Howard Davies spending huge amounts of time and money to get to this point: Davies just needs to get out the previous findings and re-read them.

David Tarsh is a strategic adviser to several organisations in the travel industry.  He lives and works under the Heathrow flight path