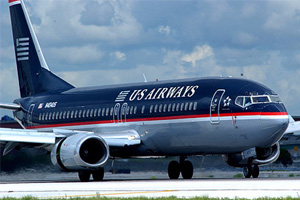 US Airways is to start daily transatlantic flights from Heathrow to its hub in Charlotte, North Carolina, next spring.

The service will go on to Miami, offering a one-stop service to Florida from London and will complement the airline’s daily flights to Philadelphia from Heathrow.

Announcement of the new route, which is to start in March 2013, came as flight attendants at the airline voted to authorise strike action in a dispute over contracts.

Workers, represented by the Association of Flight Attendants, twice this year voted down a proposed contract with US Airways, which is in talks with bankrupt American Airlines parent AMR about a potential merger.

Star Alliance member US Airways is to use Airbus A330 aircraft on the Heathrow-Charlotte route including its Envoy business class.

Chairman Doug Parker said: “We are thrilled to make this announcement and look forward to starting service between Heathrow and Charlotte in March.

“This new service will augment our existing transatlantic network and provide more choices for customers in markets up and down the [US] east coast.”