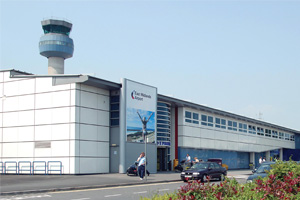 East Midlands airport plans a £12 million upgrade of its terminal building, including a new shopping area and refurbishment of security.

The investment comes after East Midlands secured deals this summer attracting Monarch and Flybe to the airport following the loss of its long-time position as a base for BMI – bought by British Airways in April.

The airport, which handles 4.3 million passengers a year, said the project should be completed by the end of next year. The terminal will remain operational throughout.

East Midlands airport general manager Tim McDermott said: “The airport has developed the terminal building with a number of significant projects over the years, but this is the first time in 17 years it has made this level of investment in the terminal.”

McDermott added: “East Midlands is the principle gateway to the region. We know we must continually invest in our facilities to encourage growth.”