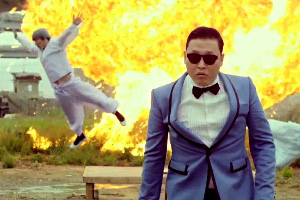 British Airways starts flying to Seoul from Heathrow from Sunday (December 2) – spurred on by the success of YouTube phenomenon Gangnam Style.

Korean singer Psy’s Gangnam Style video has set the record for the most-viewed ever on YouTube having been watched 830 million times.

The airline is using slots at the London hub obtained by parent company IAG through its takeover of BMI to launch the new long-haul route.

The move is part of a plan to expand services into Asia.

BA will run a four-class Boeing 777 six times a week to the Korean capital.

Chief executive Keith Williams said: “When we decided to launch Seoul, we were basing it on the strong demand from business travellers in both directions given the city’s strong economic base.

“That demand remains, but we couldn’t have foreseen the enormous response to the current Gangnam Style phenomenon when we announced the route.

“It is really helping to put Seoul on the map for UK travellers looking for an exciting and fun destination.”

Return prices start at £650 including taxes, fees and charges.