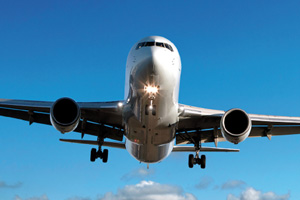 Public opposition to high levels of Air Passenger Duty is highlighted by Abta today as Chancellor George Osborne is expected to confirm a further hike in the tax.

A consumer poll for the travel association ahead of the Autumn Statement today shows that almost two thirds of people (65%) think the current levels of APD are too high.

Only one in five (19%) believe existing levels are set at about the right level and just 4%, think that UK flyers do not pay enough tax.

The findings show there is clearly very little support or appetite from the public for current government policy on aviation tax, which is set at the highest levels in the world, Abta claims.

Almost half the public (47%) believe that APD puts the UK economy at a disadvantage with only 14% believing it does not.

Additionally, high rates of APD are making people consider flying from other airports in Europe, where air taxes have been abolished or cut, with a third (31%) saying they would consider this as an option.

Opposition to high APD rates grows steadily with age, suggesting that more experienced travellers are more aware of the tax.

Abta chief executive Mark Tanzer said: “Despite the clear calls from the public and businesses, the government is still refusing to commission an independent review into APD.

“This week I met Sajid Javid MP, the minister responsible for APD, and it is evident that the Treasury is still to be convinced of the merits of this approach.

“With another rise in APD expected to be announced, it’s vital that businesses and consumers continue to maintain the pressure on the government to freeze APD until they have conducted a proper, independent analysis on the impacts of this tax on the economy.”