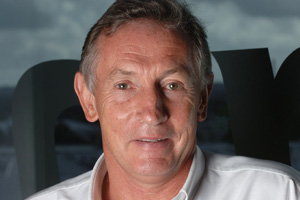 Steve Ridgway will step down from running Virgin Atlantic in March after 11 years as chief executive and three as managing director. His successor will be announced shortly.

Speaking exclusively to Travel Weekly after his departure was announced at the end of last year, Ridgway said: “I told Richard Branson a year ago.

“It is a seminal moment [in the airline’s history] and not a bad note to finish on. I’ll probably finish in early March. You’ll learn of my successor before I go.”

His immediate plans are to “have a little time off and enjoy my boat”.

Ridgway believes the carrier accomplished a lot last year “despite the difficult backdrop”.

“We opened [routes to] Vancouver and Cancun and put Mumbai back in, having made plans two years ago to bring in a new fleet of A330s and retrofit our Boeing 747s at Gatwick.”

This year’s market could be easier, he feels. “The economy is pretty tough, but I’m cautiously optimistic as long as the industry keeps a tight grip on capacity – and we don’t get another oil shock.”

Yet he argues that Virgin’s real contribution has been long term. “There isn’t another airline like Virgin Atlantic in the long-haul market. Customers benefit from that.”

This year could be the biggest in Virgin Atlantic’s history since its launch in 1984.

The carrier begins domestic flights in March. In addition, it aims to have a joint venture with Delta Air Lines up and running from Heathrow by the end of the year.

Shuttle services from Manchester, Edinburgh and Aberdeen to Heathrow will make the biggest difference to the trade, offering connections to Virgin’s long-haul network and competition to British Airways after the latter swallowed BMI.

Yet from Virgin’s point of view, the partnership with Delta is the bigger deal. The US carrier will take a 49% stake in Virgin Atlantic after buying out long-time shareholder Singapore Airlines.

The pair will then combine schedules, revenues and costs on transatlantic routes, assuming they win anti-trust immunity.

The deal in December appeared to come from nowhere. Ridgway said: “Our network exploded in a week, with the Delta and short-haul announcements. But a lot of work had gone on in the background over months.

“We’ve known the guys at Delta a long time and Delta has re-emerged as one of the major US carriers. It is a very large player to Europe, but it had a void into London – and London remains the key market across the North Atlantic. We fit into that as a strong player.”

London is at one end of eight of the 10 most-popular routes between Europe and the US. Virgin Atlantic has about 16% of the Heathrow-US market against 43% for BA and 59% for BA-American Airlines. Delta has just 8%.

Ridgway said: “A North American joint venture will mean we can compete more effectively with BA-American Airlines. The number of transatlantic flights will go up. That is great for the market and great for agents, who can sell more connections and many more destinations.”

The pair hope the deal will go through by the end of the year, though Ridgway warns regulatory approval is “never a formality” despite the partnerships already in operation: BA-AA, Delta-Air France-KLM and United-Lufthansa.

“We hope it goes through in a year, but you have to work very hard on it,” he said.Ridgway concedes some Virgin Atlantic passengers may not take immediately to the prospect of flying on a US carrier.

“We are giving thought to how we might do things differently to other alliances. But we have to get approval first,” he added.

Virgin Atlantic retains an interest in flying between Heathrow and Moscow despite losing out to easyJet in the contest for operating rights, said Ridgway.

However, the carrier has returned three of 12 pairs of Heathrow slots it was awarded by BA following the latter’s takeover of BMI, having earmarked these for Moscow.

Ridgway said Virgin has no plans at present to extend its new domestic operation beyond Manchester, Edinburgh and Aberdeen. He said: “The three slots will stay with BA, but they could be reapplied for.”

He believes easyJet may yet face difficulties operating between Moscow and Gatwick. The no-frills carrier put Moscow flights on sale in mid-December and plans to operate four times a week from March 28.

Ridgway said: “We’re looking to see whether easyJet gets up and running on Moscow. We understand they are still working on that. The bilateral rules are quite complicated – you have to have a strategic partner in Moscow.”

Virgin has retained a partner in Transaero.

Ridgway admitted: “Moscow was a priority.” In the meantime, he said: “We have to prioritise with the slots we have. It would be hard to grow a significant short-haul network [with the slots available].”

Ridgway remains surprised at the CAA’s decision to award easyJet the rights, saying: “The market is really Heathrow-Moscow, not Gatwick. But we live in a strange world where aviation has created a globalised world, yet we remain a regulated sector.”