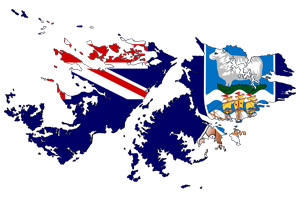 National activists protesting about ‘illegal’ ship visits to the Falklands subjected hundreds of cruise passengers on the Seabourn Sojourn and the Star Princess to verbal abuse on Friday, preventing them from leaving the vessels.

The British government has condemned the wave of intimidation and has called on the activists to “allow cruise ships to travel without threats or hindrance”.

The protesters accused the Star Princess and the Seabourn Sojourn of docking illegally by violating a provincial law barring them from stopping off at the Falklands.

The Telegraph reported that the so-called ‘Gaucho Rivero’ law is active in five provinces, prohibiting British ships involved in the “exploitation of natural resources” around the Falklands from docking, and activists insist this should also apply to cruise vessels.