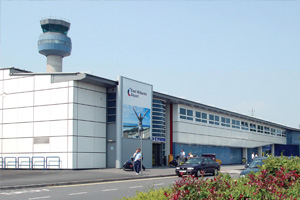 East Midlands airport was closed for two hours after the undercarriage of a restored Spitfire collapsed as it was coming in to land.

Flights were diverted to Birmingham during the closure yesterday afternoon.

A spokesman for East Midlands airport said the aircraft had been removed from the runway and all flights had resumed.

The Spitfire pilot was not injured but the runway was closed while debris was cleared away.

The World War II aircraft belongs to Rolls-Royce, which is based at the airport site in Castle Donington.