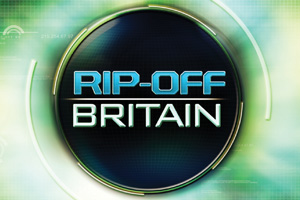 The trade has criticised BBC’s Rip-Off Britain TV programme for dismissing the high street travel agent as a relic of the past.

Agents said they were appalled by the show, which they dubbed misleading and a missed opportunity to talk up the trade.

Speaking on the show, presenter Gloria Hunniford said: “The way we all travel has totally changed from the days when we all pored over brochures and had no choice but to book through high street agents.

“Now we are all travel agents putting together our own trips and itineraries from the blissful comfort of our own homes.”

The series featured consumers who had booked flights through an online agency and never received their tickets.

Agents questioned why consumers were not advised to contact a high street agent. Gemma Antrobus, managing director of Haslemere Travel, said: “I’d invite these presenters to visit my shop to see that what they were talking about was utter rubbish.”

John Guinn, a homeworker and holiday researcher, said: “The programme should have had an agent on the show. All they advised was to read the small print.”

However, Denise Hodgson of Travel the World 2 welcomed comments made by Hunniford on BBC Breakfast while promoting the programme. She said: “Well done Gloria Hunniford warning people to book with an Abta company.”

A BBC television spokesman said the programme did not set out to recommend any particular way of booking. He said: “Rip Off Britain investigates cases in which consumers feel they have been treated unfairly, and a high proportion of these related to holidays booked online, which reflects current trends in the travel industry.

“The programme did not set out to endorse any particular method of booking, but the advantages of a traditional package holiday were frequently made clear.”