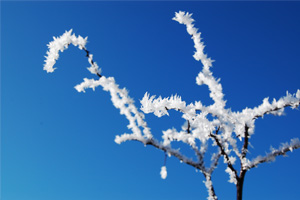 The UK’s road, rail and air infrastructure faced severe disruption today as snow blanketed many parts of the country.

Airports such as Gatwick last night warned passengers to check the status of their flights before setting out from home.

Flights were operating as normal at Stansted this morning but passengers were again advised to check for latest flight information across the day.

Eurostar was forced to cancel two departures from London to Brussels and two from the Belgian capital to London St Pancras because of predicted heavy snowfall in the UK.

Speed restrictions were also imposed on the Channel Tunnel passenger service due to forecast snow in northern France.

Many domestic rail companies put reduced services in place including South West Trains which announced changes to its services today, including a revised timetable on a number of routes.

Snow forced Norwich airport to shut early this morning. The airport was due to give an update on services at 8am. Passengers due to travel were still being asked to check in before their flight closure time.

A Heathrow spokesman said: “Wintery weather is forecast for Heathrow and the UK starting Friday morning and continuing over the weekend. Please allow extra time for your journey and check the status of your flight with your airline before travelling to the airport.”

Other airports including Manchester advised passengers to allow extra time for their journeys and to contact their airline for flight updates.

Airport Operators Association chief executive Darren Caplan, said: “UK airports will do everything in their power to ensure that passengers are not disrupted due to the weather.

“People due to fly should contact their airline or airport direct. We also advise passengers to check travel conditions to airports as roads and rail services might also be affected by the weather conditions.

BBC weather forecaster Mike Silverstone said much of England and Wales would experience between 5cm and 15cm of snow today and Northern Ireland could see up to 20cm by Saturday morning.

The snow is expected to ease off later on Friday, although it is set to remain in eastern areas, forecasters said.

Virgin Holidays said: “Even though airports are open this morning, please leave plenty of time to get to the airport as roads and trains may be slower than normal.”