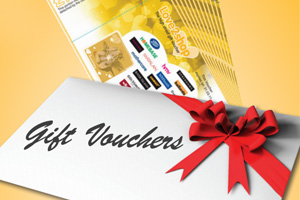 Luxury operators say they would welcome a cap on voucher incentives at “sensible levels” to stop agents favouring suppliers.

The move follows calls for an end to vouchers by If Only founder Brendan Maguire.

A poll by Gazetteers.com, part of Travel Weekly Group, found 74% of 224 respondents were “sometimes” or “often” influenced by voucher incentives when making a sale.

ITC Classics partnership director Lee Marshall said: “I’d be happy with a gentleman’s agreement to have a cap in place on the basis other operators do the same.”

He admitted vouchers were unlikely to disappear, but said: “I don’t think agents make the booking decision solely based on vouchers; I suspect it has a bearing. The core issue is that the luxury market is exceptionally crowded.”

“I don’t like them being offered carte blanche. The issue is not that there are vouchers but that they are influencing the purchase,” she added.

But Andy Freeth, managing director of Travel 2 and sister luxury operation Simply Luxury, was against a cap. “I want to be in a position to make a commercial decision to reward agents for their hard work,” he said.