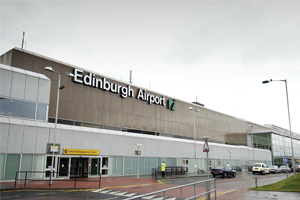 An annual £15 million route development fund will be launched today to attract new airlines and expand the network from Edinburgh airport.

The investment follows the Scottish capital’s airport being taken over from the former BAA by Global Infrastructure Partners.

Details of the route development strategy will be announced over coming months – but the airport has not ruled out poaching airlines from other Scottish airports.

Since taking ownership in June last year, the new airport management team, with the support of the owners, has prioritised the development of Edinburgh’s route network.

New agreements have been reached with easyJet and Ryanair, a new Turkish Airlines route to Istanbul is running and Brussels Airlines, Air Canada and Virgin Atlantic have all announced  routes.

This means that a record 130 routes will be offered from Edinburgh this summer. The airport currently handles 9.2 million passengers a year.

However, it is widely understood that developing new routes cannot be left solely to the airport and it is clear that there is a role for the city’s public and private sector to play, chief executive Gordon Dewar was due to tell Scottish business leaders last night.

The airport will therefore be working with the city council, chamber of commerce and others to explore how to work collaboratively to promote Edinburgh to the world’s airlines.

Dewar said: “Creating new routes in and out of Edinburgh airport is one of our core activities. We came to Edinburgh last summer focused on building Scotland’s connections with the world. The deals with easyJet and Ryanair alone will see almost 16 million passengers pass through Edinburgh airport over the next five years.

“But we are hungry for more success, and will work hard to take business from other Scottish airports and from our European competitors. To fuel that competitive effort, we will invest £15 million a year underwriting new direct routes for Edinburgh, sharing the commercial risk with airlines; it is simply putting our money where our mouth is.

“We believe that in doing so we send a powerful message to international airlines – we’re going to be the place where Scotland meets the world so come here and we will work harder than anybody else to deliver you long-term success.

“We can’t do this alone but be in no doubt, we will lead on the commercial deal, but any business with a significant stake in a new route should be thinking: how can I potentially make a difference?”

He added: “In the coming weeks and months, we will approach city businesses to listen. We want to know which markets are important and what the value might be to Edinburgh, and those individual businesses, or new routes into Europe, the Middle East or North America.

“I am confident that Edinburgh Airport will grow and our route network will soon be the envy of many European airports. We will compete hard and we will compete fairly; importantly, we’ll do that as one team and one city.”