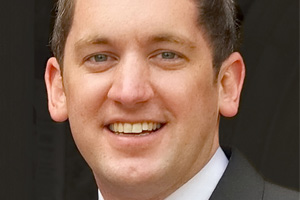 Princess Cruises has recruited internally to appoint its first UK head of sales.

The move follows last month’s announcement of the introduction of a dedicated trade sales team focusing on Princess Cruises and a separate team for P&O Cruises and Cunard headed by Chris Truscott who is joining from drinks firm Pernod Ricard.

White’s appointment is the first position confirmed for the Princess sales team in the UK and will be followed by further new recruits as the line gears up for the introduction of new ship Royal Princess.

“The Princess Cruises sales team will work closely with the sales team for P&O Cruises and Cunard to ensure a consistency of approach with our travel trade partners, whilst seeking development opportunities that serve the requirements of each brand individually,” a spokesman said

White, who will report to Princess UK director Paul Ludlow, has been with Carnival UK since 2008, first in the sales department and later as a trading manager in the company’s commercial team. After a year’s career break working as a ski instructor

He returned to Carnival UK after a year’s career break working as a ski instructor.