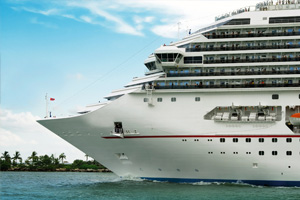 Cruise commission cuts are to blame for what is believed to have been a disappointing January  for the major lines, according  to agents.

A number of retailers and third parties, including Cruise.co.uk and Travelzoo, sent out e-alerts this week claiming prices from cruise lines such as Carnival UK and Royal Caribbean had been “slashed” for February.

An e-shot from Cruise.co.uk stated “cruise lines finally give up and reduce prices for 2013”.

Some agents said commission cuts had played a major role in the disappointing wave period, with agents preferring to promote other types of holiday.

Sutton Travel managing director Andy Tomlinson said: “A lot of agents, including ourselves, decided to stop heavily promoting cruise, as it’s just not financially viable any more. It doesn’t take a genius to look at the 4%-8% commission in cruise, compared with the 10%-12% in other sectors, to decide where to put their focus.”

Amanda Matthews, managing director of Designer Travel, said her company had not been pushing cruise for some time because of the small margins.

“We will take the cruise booking if it comes our way but we won’t go out and promote the mainstream cruises,”  she said.

However, Carnival UK sales director Giles Hawke denied the new offers were a reaction to poor sales in January. “We have a small amount of residual stock on some early season cruises. So far, we’re happy with our rate of sales and our yield. The prices we’re putting into the market now are not significantly different to what we had in the market last year.”

Reporting net losses of $392.8 million for the fourth quarter of last year, Royal Caribbean said European markets were proving a struggle and the weak economy had hit sales.