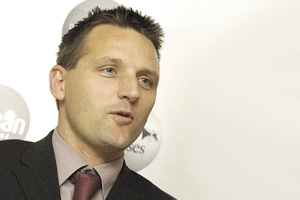 Carnival UK has revealed it is considering bringing forward commission payments to the time of booking rather than when the final balance is paid.

Giles Hawke (pictured), Carnival sales and customer services director, said the company was looking at revising its systems to implement the move.

However, he added: “I wouldn’t want to set any time scale.”

Hawke was speaking at a cruise round-table debate hosted by Travel Weekly and Carnival UK. Senior agency and tour operator figures at the event welcomed the potential move.

Chris Roe, sales and distribution director at Virgin Holidays, said receiving the commission upfront would make a “100% difference” to his business.

Miles Morgan, founder of Miles Morgan Travel, said: “It’s a step in the right direction from CCS for a change.”

The suggestion followed a discussion about agents being forced to pass customer payments straight to the cruise lines, which hits agencies’ cashflow.

Last year, Complete Cruise Solution, the trade arm for P&O Cruises, Cunard and Princess Cruises, contacted all larger agents whose customers are not yet paying its cruise lines directly to insist a plan is put in place to make the transition to direct payments, to remove any financial risk from its trade business.

“We have seen the collapse of Gill’s and Cruise Control,” said Roe.

“I can see why CCS is doing it, but it is tarring every agent and tour operator with the same brush.”

Hawke said that the company had a ‘bad-debt’ fund worth millions of pounds in case retailers went bust,  but CCS had made a decision that it  was not going to carry that financial  risk any more. “No banks would give you cash for nothing,” said Hawke.

But Seamus Conlon, managing director of Cruise.co.uk, said: “The average agent has to pay staff. I’m increasing cashflow to create your deposits, which you then bank for a year. CCS is screwing up everyone’s income.”

CCS cut base commission to 5% in 2011, sparking cuts by other cruise lines.