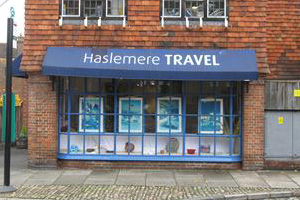 Haslemere Travel is planning to expand its homeworkers division as an additional revenue channel alongside its high-street agency.

The independent travel agency, based in Surrey, currently has three homeworkers and recently appointed a business development manager.

Joan Jones heads up its Elite Consultancy division and is tasked with recruiting further homeworkers to boost the division.

Haslemere Travel managing director Gemma Antrobus said the agency’s existing homeworkers were well-travelled individuals from outside the industry but future recruits could be from other travel homeworking companies.

She said: “It will be a case of finding the right people; they will be hand-selected.

“Joan is working with the homeworkers to maximise their sales and to make the division as attractive as possible to other people outside the industry and homeworkers who may be disgruntled or not getting the training opportunities.”

Antrobus stressed the job was “not about selling mass market holidays” but based on giving good service in the independent sector and adding value where possible.

The move was a way of generating more revenue, she added. “It doesn’t distract from the way we sell on the high-street, we will still put the same effort behind that. It’s an extra revenue source.”

Joan can be contacted on joan@haslemeretravel.co.uk