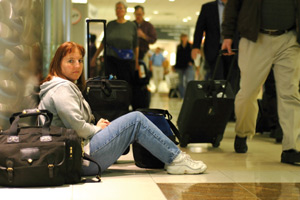 Research for Travel Weekly suggests a widespread belief that air passengers are entitled to compensation for most flight delays of a few hours.

The survey by Explore Research found three out of five consumer respondents thought air passengers could expect compensation for a long delay “to any flight”.

The same proportion agreed they would be likely to claim for future delays, confirming airline fears that a recent court ruling could encourage a deluge of claims, many of them groundless.

A County Court judgment at the end of January resulted in the first compensation payment for a flight delay in the UK.

This followed a decision in October by the European Court of Justice to uphold a 2009 ruling which entitled passengers to claim compensation for delays of more than three hours.

The latter ruling had been challenged by a group of airlines including British Airways and easyJet.

Explore found two out of five respondents believed “most delayed passengers” are now entitled to compensation.

In reality, compensation rules do not apply in “extraordinary circumstances”. The court did not specify what these are, but carriers believe this rules out most anticipated claims.

The study found little consumer understanding of when a delay might justify compensation, yet a belief among a half to two-thirds of respondents that compensation for a delayed flight would generally be due.

Explore questioned a representative sample of 500 adults from its database of 180,000.