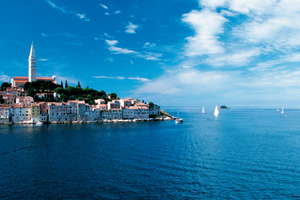 A former Croatia Airlines executive vice president has been named as head of the country’s tourist board in the UK and Ireland.

Tonko Rilović becomes UK and Ireland director for the Croatian National Tourist Office on the back of a 24% rise in UK travellers to the destination last year to 332,801 over 2011’s total.

Rilović takes over from Meri Matešić, who spent five years with the CNTO in London and has been promoted to director of the tourist office in Zagreb.

The appointment comes ahead of Abta’s Travel Convention being held in Dubrovnik in the autumn.

Tonko, who comes from the city, said: “2013 is set to be landmark year for Croatia tourism, especially with our long-anticipated entry into the EU in July.

“It’s great to see that more and more Brits are choosing to holiday in Croatia and I’m looking forward to working with our partners to reach our record-breaking visitor figure of 500,000 in 1990.

“This year our aim is to continue to develop a sustainable visitor economy. We’ll do this by extending Croatia’s appeal to include our range of home-grown gastronomic delights and adventure tourism across our eight national parks.”