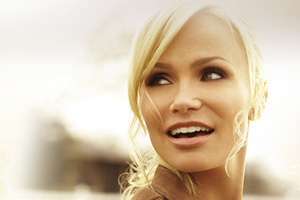 Emmy-winning US actress and singer Kristin Chenoweth is to be godmother to Royal Caribbean International’s new cruise ship Quantum of the Seas.

The 4,100-passenger vessel is due to enter service in autumn 2014 followed by sister ship Anthem of the Seas in spring 2015.

Chenoweth and host Seth MacFarlane sang the closing number at last night’s Oscars ceremony in Hollywood with the cruise line announcing her involvement in the new ship in adverts on US television during coverage of the awards.

Chenoweth was chosen for her effervescent personality and ability to wow audiences, the cruise line said.

“Her versatile range of roles made her a natural fit, given that Quantum of the Seas, set to debut in fall 2014, is poised to introduce unprecedented experiences and amenities only attainable on Royal Caribbean International,” the company added.

Chief executive Adam Goldstein said: “Our ships have always been designed for WOW and with Quantum of Seas, we are excited to introduce Quantum cruising and the ‘at sea’ firsts that our guests have come to expect from Royal Caribbean.

“We look forward to working with Kristen and having her officially name our ship when she is delivered in the fall of 2014.”

Chenoweth said: “I think the Royal Caribbean brand is the perfect match for me, especially with their history of providing exceptional entertainment experiences to their guests.”