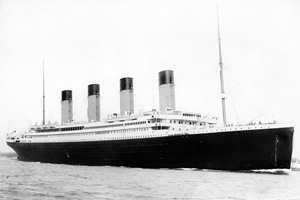 A life-size replica of the Titanic has moved a step closer to construction after the Chinese shipyard chosen to build the vessel revealed it has begun upgrading its facilities to prepare for the work.

Titanic II is due to be built at CSC Jinling Shipyard Company in Nanjing, China, using the same dimensions as the doomed Belfast-built original vessel, and is being funded by Australian mining magnate Clive Palmer.

The 2,400-passengers vessel will take three years to build, measuring 270 metres long, weighing 40,000 tonnes, and will have 840 cabins, as well as Turkish baths and a swimming pool.

The outside of the vessel will be an exact replica of the original, and passengers will be able to buy first, second and third class tickets, in keeping with the system at the time.

However, not everything will be built to match the original, as engineers will use the latest technology in parts of the ship such as the engine.

Titanic II is expected to make its maiden voyage from Southampton to New York in 2016 along the same route that the original ship sailed.

A spokesman for the shipyard, Li Wenbao, told the Sunday Times: “The liner will be equipped with advanced technologies including the latest life-saving and communications systems, to meet the requirements of modern navigation.”