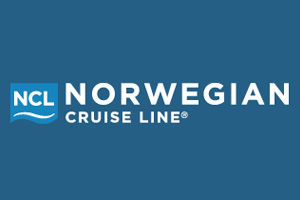 Travel Weekly has been given an exclusive first look at Norwegian Breakaway’s float out from its dock in Germany this morning.

Norwegian Cruise Line’s vessel, the largest ship built in Germany, was floated out of Meyer Werft’s covered building dock earlier today in Papenburg, where the 146,600-tonne ship has been under construction since September 2011.

The 4,000-passenger ship, with her signature hull artwork designed by pop icon Peter Max, departed the building dock as the first ship to depart bow-first.

Norwegian Breakaway has an overall length of 324 metres, and is 39.70 metres wide.

The ship’s float out represents a major milestone in the vessel’s construction as it denotes that the ship has now moved into the final phase of construction with delivery taking place in just 58 days.

“Celebrating her float out today brings us closer to her much-anticipated delivery on April 25 when she will make her debut in Europe before arriving in her homeport of New York City on May 7. We can’t wait.”

Bernard Meyer, managing partner of Meyer Werft, said: “This new vessel is a further milestone for us. Its construction complies with the latest safety standards, and the ship meets all valid environmental regulations.

“Beyond that Norwegian Breakaway includes a lot of unique design elements and technical innovations.”

Following the float out, tests were carried out in the harbour and the ship was berthed alongside the yard’s outfitting pier. On March 4, the first crew members will move into their staterooms on board, and begin to familiarise themselves with the ship, readying her for guests.

Norwegian Breakaway’s conveyance down the river Ems towards the North Sea, where she will prove her seaworthiness, is scheduled for March 10, weather permitting.