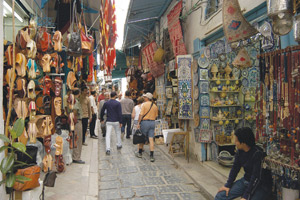 Interest in summer holidays to Tunisia is substantially up on a year ago despite a political assassination, strikes and demonstrations at the start of February.

Industry analyst GfK reported trade bookings for this summer to Tunisia up 18.5% to mid-February, in a market that is 1.6% down overall.

The figures are for total bookings – package holidays, flights and accommodation.

Tunisia saw renewed protests and strikes after opposition leader Chokri Belaid was murdered on February 6. Prime minister Hamadi Jebali resigned last week amid claims that the ruling party was behind the assassination.

Foreign Office advice notes a state of emergency remains in force and “temporary movement restrictions may be imposed”.

Yet despite the unrest, the Tunisian National Tourism Office (TNTO) reported a 6% year-on-year rise in UK arrivals in January and GfK tipped Tunisia to be a “top five growth destination” for visitor numbers this summer. That followed a return of UK visitors last year which took Tunisia to within 6% of its best-ever year from Britain in 2010.

TNTO UK director Wahida Jaiet said: “Recent events may have affected the trend. There was a small drop in bookings for a week. One group of students cancelled on the eve of a general strike. But none of our major UK business partners registered a drop. There is some uncertainty, but bookings are positive.”