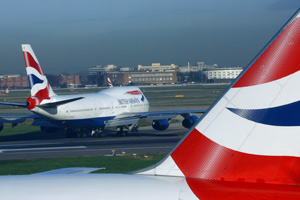 Speaking at the association’s annual dinner, he said the move created confusion for customers who expected the legacy airlines’ fares to be inclusive.

”In the case of KLM this could add a lot more work for your consultants, as this facility is not available through all GDSs at this time.”

Last week, British Airways launched ‘no frills’ discounted hand luggage only fares, while KLM said it would start charging for checked in luggage on short haul flights from April 22.

Thom said: “I would have hoped that KLM would not have announced this move until all the GDSs were on board.”

Thom also expressed concerns about the merger between American and US Airways.

He said likely effects were ”reduced competition, an inevitable increase in fares and diminished services to small communities”.

Brown said the SNP was still pressing for Air Passenger Duty to be devolved.

”APD should be devolved as is it in Northern Ireland. If we had responsibility for it,we would make sure it worked for Scotland.”