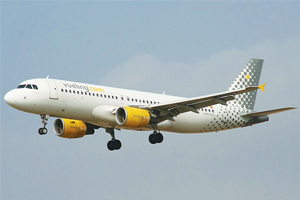 The board of the budget airline said the €7 a share offer did not reflect the company’s value.

IAG, which already owns 45.85% of Vueling, offered to buy the rest of the carrier in November in a bid to stem losses in Spain and shake up its short-haul business in the country.

The offer represented a 28% premium but the Vueling share price has since soared as the Barcelona-based carrier’s market share in Spain grew and it posted a 300% jump in 2012 net profit, Reuters reported.

“The price offered, which supposed a 27.97% premium when it was announced, has been surpassed in such a way that the trading price is now higher than the offer, with no premium for the increased control,” the board said in a statement to the Spanish stock market regulator last week.

IAG said last month it had ruled out raising the €113 million bid, although it could waive the initial condition it set of a minimum acceptance of 90% of non-IAG shareholders.

Vueling shareholders have until April 8 to say whether they accept the offer or not.

Analysts believe IAG may want to use Vueling’s low-cost base to help solve problems with Iberia, which plans to lay off thousands of staff and cut salaries by 20% in what the airline calls “a fight for survival”.