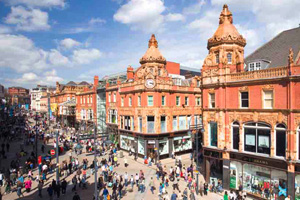 Association says rate of travel agency closures is more stable than the high street as a whole, despite the claims of a PwC report. Ian Taylor reports

A major study of UK city centres concluded shops closed in 2012 at 10 times the rate of 2011, leading to reports last week that: “The high street is dead.”

However, Abta hit back with figures showing its member offices fell 4% between 2010 and 2012, a lower rate than previous years. The number of Abta-member outlets even rose last year (by 18).

Chief executive Mark Tanzer said: “It is nonsense to assert the high street is dead.”

Abta figures suggest the rate of closures has slowed. Its agents comprise about 80% of the sector so they offer a good indicator.

Agencies shut at more than double the current rate in 2007 (9%), the year Tui (Thomson) merged with First Choice, and Thomas Cook with MyTravel. They closed at a rate of 7% in 2009, the worst year of the recession, and at 6% in 2010 when Thomas Cook retail, The Co-operative Travel and Midlands Co-operative merged.

However, Thomas Cook revealed that it shut 168 stores last year as it consolidated its estate.

Despite reporting travel was among the worst-affected industries, PwC did not release agency closure figures and did not list agents among its “top fallers by business type”.

He added: “The end of 2012 and beginning of 2013 has seen the most dramatic period on record. More than 1,400 shops went into administration.”

PwC chief retail adviser Christine Cross rightly said: “Today’s customer does not differentiate between where they heard about, researched, saw, purchased or returned a product.”

Tanzer agreed, saying: “The internet has opened new research and booking options for customers, and, alongside the worst recession in living memory, that has put pressure on retail outlets. There has also been consolidation.”

But he added: “Many agents have adapted their business models, offering online and high street channels.

“The key is to make sure they have options and expertise available to support customers however they book – online, on the phone or in person.”