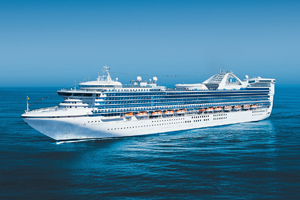 Agents have welcomed Princess Cruise’ move to pay a basic upfront 10% commission on all bookings, with some hailing it a victory for the trade.

The cruise line this week said it would increase basic payments from 5% to 10% for 2014 sailings.

Advantage leisure director Julia Lo Bue-Said said: “There are bridges to be built [between Princess and the trade] and this will aid that.

“This move is probably an attempt both to improve clarity about bookings and a recognition of the value the trade brings.”

Advantage member sales of Complete Cruise Solution brands, which include Princess, have been “significantly down” since the move to 5% in 2011, when the consortium took CCS lines off its preferred supplier list, said Bue-Said.

Sukie Rapal, marketing director at Cruise.co.uk, cautiously welcomed the move, provided it did not result in a return to discounting. “It would be a huge shame if we went back to discounting,” she said.

Cruise 118 director James Cole said: “On the surface it would appear to be a positive move by Princess which is agent friendly and conducive to increasing sales in the UK.”

UK director Paul Ludlow said the move was a result of trade feedback, but insisted it was not a “knee-jerk reaction” or an admission the 5% rate was a mistake.

Despite Princess moving to the headline rate of 5% in 2011, along with P&O Cruises and Cunard, potential earnings were higher, as agents could earn 3% extra on the cruise element when booking flights through Princess and more by taking out a group deal.

However, these were paid after sailings on a quarterly basis. Ludlow said agents wanted a simpler arrangement so they know what their earnings are.

From March 14, both the ‘air kicker’ and group programme trade incentive will be removed in favour of the 10% upfront payment.

Ludlow said the move was good news for agents. “We are improving commission. For all agents this will be attractive.”