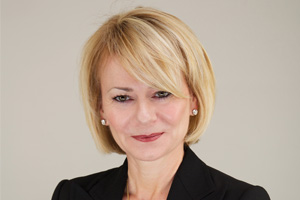 Thomas Cook will re-focus its business on just three key brands in the UK and a fourth in Germany now that the group has been “stabilised”.

The company has yet to identify the three UK brands publicly. However, chief executive Harriet Green said today: “Thomas Cook is a super brand. Airtours is a great brand. Hotels4u is a great brand.”

She added: “In Germany we have a powerful brand in Neckermann.”

Green made clear the UK will see consolidation given the multiple brands the group currently operates.

She said: “We have a number of brands that are competing or duplicating or not adding value and we will consolidate and make things simpler and clearer.”

Green added: “We are not going to communicate this through the press.”

However, she said: “Thomas Cook was built through acquisitions. We have 18 separate [UK] locations with management teams and head offices.

“There had been lots of acquisitions, but it seems the synergies stayed in the boardroom. I found little evidence of integration.

“We had this period of buying lots of businesses that did the same with different names. Now we are focusing on a few brands.”

Green took over at Thomas Cook last July and she said: “The first 32 weeks have been been about the turnaround. For the next 32 weeks we are into transformation.”

She insisted: “There is no intention of shrinking, but of being simpler.”

In Germany, Thomas Cook operates leading airline Condor alongside Neckermann, but as a separate business. The carrier is now in the process of absorbing Thomas Cook Airlines UK as part of a single airline structure.

Thomas Cook UK was acquired by Condor and Neckermann, or C&N, in 2000 and the Cook name extended across the group.