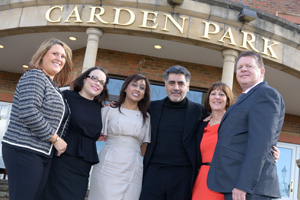 Global Travel Group managing director Andy Stark has hailed the start of 2013 as very positive, with sales growth of 10% for the year to date.

Global now has 409 members, including six new-to-the-industry members which have joined since the start of 2013.

Stark said he was not seeking to take agents from rival consortia.

“That’s not part of my strategy,” he said. “It’s not my intention to poach members.

“We have talked about organically growing the membership. It’s about agents having choice, and making their own choices.”

Sales from Triton Rooms were “very positive”, said Stark, adding that he was “comfortable” with January’s figures.

“February was where it needed to be,” he added. “Overall, we are really pleased with the results from Triton Rooms.

“It is a very separate entity from the Global Travel Group and we actively work with other consortia on it.”

Stark said the consortium’s move to the new Atol Certificate system had been a “seamless transition”. He said: “We changed our system quickly, and we have tried to make this process as easy as possible.”

Regarding Thomas Cook’s job cuts, Stark said he did not think that the branch closures would necessarily be a big boost for independent agents, or that the market had become too crowded for agents.

“There’s room in the marketplace for good travel professionals who have the skills and can offer great customer service,” he said.

Agents ‘should use all channels to boost sales’

There is still a lot of confusion between price-comparison sites and daily deals websites, the chief executive of  Icelolly.com told delegates.

Dave Clayton, who was managing director of Global Travel Group before joining Icelolly last year, said agents needed to make use of these marketing channels to be more cost-effective.

He said agents should make price-comparison sites part  of their distribution strategy, as they could help generate online traffic and enquiries over the phone.

Caan: Invest in yourself to be more effective

He said many customers value the knowledge agents can offer rather than trawling the web to compare holiday prices.

“Sometimes people just want to talk to a human being, someone who can sell with passion, which I’m not sure that the internet can do as well,” said Caan.

“You are a knowledge worker. Industry knowledge is absolutely paramount when you are promoting your service.

“Even though the theory is that you can get it cheaper yourself  [on the internet], a lot of people are not savvy enough to search online and get all the quotes.”

Caan also highlighted the importance of finding out as much information about customers as possible to help create bespoke deals for them.

“Do you know your customers’ birthdays, anniversaries and what their interests are?” he asked.

“The more you know about your customer, the more able you are to be proactive. Your database of customers is your key driver.”

Caan, who said his mantra was “observe the masses and go in the opposite direction”, advocated setting reasonable goals to keep yourself motivated. “I didn’t start my career thinking, ‘I’m going to be a multimillionaire’,” he said. “Goal-setting for me has always been piecemeal.”He also said company owners should incentivise themselves, as well as their employees.

“Your business is not your brand, or your website – it’s you,” said Caan. “So invest in you to make you more effective.”

Freeth says ‘too many agencies stuck in 1970s’

Agents who don’t have the knowledge to sell confidently and have to run to the brochure rack for information are “simply not good enough”, said Travel 2 managing director Andy Freeth.

Freeth asked the Global audience: “If a customer walks into your branch and asks about a holiday, are you going to run to the brochure rack, run to the back room or sell confidently?”

He criticised agents who have to rely on looking through brochures when faced with a customer’s question, saying it makes a huge difference if you can be seen to be well-informed and a source of information.

“I’m amazed that Thomas Cook has only just rebranded a shop in Leeds.

“Just evolve and change a little bit. Think about your window, and stand out from the crowd.

“What you definitely can’t do, and I see it all too often, is put an offer in your window and expect customers to come in. Things are moving far too fast for that.”