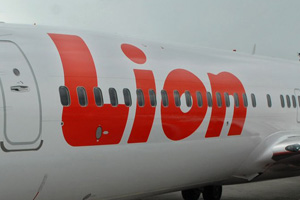 Boeing is expected to respond today by confirming an order from Ryanair for 175 single aisle aircraft, in a deal worth more than $15 billion.

The two orders by the Indonesian carrier would put it in the world’s top 10 by number of aircraft. Lion Air currently operates 92 Boeings.

Chief executive Rusdi Kirana said the Airbus order would enable the carrier to “continue its expansion”, while achieving the “lowest possible operating costs”.