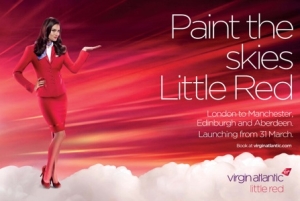 Support from agents will be vital to the success of Virgin Atlantic’s new domestic service Little Red, according to the airline’s new UK general manager Scott Davies.

Davies, who joined this month from Amadeus, told Travel Weekly the airline would be working closely with the trade on its first domestic service.

He said: “My first priority is to make sure Little Red gets off to a great start. Everyone involved in the UK travel industry has an interest in it being successful.

“We have received incredible support from the industry in Scotland and north of England. We are really counting on their support for the success of this service. It’s very much in the interest of the trade in these regions that there is a viable alternative to British Airways.”

Responding to concerns from Scottish agents that flights between Scotland and Heathrow have become more expensive since BMI came out the market, Davies said Virgin’s fares would be competitive.

“Anyone who flies regularly between London and Scotland will have seen fare increases (since BMI came out the market). The Virgin brand really looks at a situation where pricing is not in the customer’s interest and tries to help.

“Our lead-in fares are from £107 return so we will be competitive on price, but we are also going to bring the style and flair we are known for to the service. We want to do something really interesting and different.

“We will sprinkle the Virgin ‘magic’ across the service, with Irn Bru on board and mood lighting to help those morning flights pass more peacefully.”

Outdoor and print advertising has launched in each destination and the airline is planning some PR stunts at the airports.

Davies said his other priorities in the role would be to capitalise on Virgin’s transatlantic joint venture with Delta. The US carrier is acquiring Singapore Airlines’ 49% stake in the UK airline for $360 million.

“We are looking to optimise our new initiatives with Delta. We will provide much needed competition to the States; there needs to be a credible challenge to British Airways/American Airlines (out of Heathrow).

“It’s been a difficult trading year to I will be working with my team and the UK travel industry to see what we can do to improve our revenue performance.”