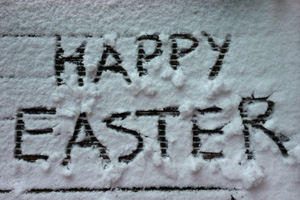 Agents reported an upturn in late bookings for the bank holiday as forecasters predict the cold snap could last for a month.

However, industry analyst GfK reported a 43% year-on-year fall in summer bookings to Cyprus last week in the wake of the island’s banking crisis.

Abta estimated the number of holidaymakers heading abroad this weekend at 1.7 million, 200,000 more than a year ago.

Tui said it had seen the strongest demand for Easter sun holidays in 10 years, with more than 36,000 people set to travel this weekend. It said clients were opting for destinations with warmer climates in the Mediterranean and North Africa.

Aito agents’ chairman Oliver Broad said: “We’re seeing an increase in bookings for Easter and the weather has played a big part.” But he said customers were frequently unrealistic on price: “Some people don’t realise how expensive it is at this time. The high prices are shocking people.”

On The Beach chief marketing officer Alistair Daly said: “The weather is clearly having an impact. People are looking for guaranteed sun, with bookings to Tunisia and Madeira up more than 100% on last year.”

Barrhead Travel also reported a late surge in Easter bookings, with families opting for Tenerife, Majorca, Florida and Disneyland Paris. A spokeswoman said sales for summer had also been strong.

GfK reported summer 2013 bookings 1% up last week on the nearest week a year ago despite the fall to Cyprus. The Cyprus Tourism Organisation (CTO) believes the dip will be temporary, with banks due to reopen this week.

Sunvil managing director Noel Josephides said: “Cyprus is more of a cash economy at the moment. A lot of businesses are worried about liquidity. But it’s not affecting tourists.”