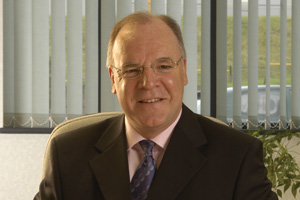 Mike Greenacre wishes Thomas Cook well with its turnaround strategy, but has concerns about the future of the Co-operative Travel brand he once ran

An ocean of change has taken place in the travel industry since that time and it is understandable, with the recent announcements regarding job losses and cuts and closures, to apportion blame for the action now taking place.

The recent update from Thomas Cook chief executive Harriet Green was received positively by the markets, and so it should be.

The new management team inherited a dire financial situation and action – cost cutting and debt reducing – had to be rigorous in the short term.

But then there has to be a plan – a realistic plan – that can deliver profitable growth.

The decision to form the joint venture was driven initially by my commitment to the business and wanting the best for Co-operative Travel in the long term.

It aimed to ensure The Co-operative Travel would continue to flourish as a brand, not just on the high street but in all the channels to market, while as many jobs as possible were protected, dividend benefits guaranteed and customers continued to receive unique benefits and service.

It was not a fly-by-night decision, but considered carefully over many months to be certain the then declining profitability of The Co-operative Travel distribution business, particularly the core retail shops, would be better-placed for recovery and development within the joint venture.

The business was still profitable, but we had seen record operating profits in 2008 decline substantially, driven by the global downturn.

There were certain guarantees, including three senior positions on the joint-venture board of seven and protection of The Co-operative Travel brand for the five-year duration of the agreement.

We knew, and were as open as we could be at the time, that not all jobs would be protected.

Unprofitable shops and businesses would close – joint venture or no joint venture – and it was obvious to staff at our Burslem headquarters that a lot of the finance, administration, commercial, marketing and HR would move to Peterborough.

At the time we had 55-60 unprofitable shops, a higher total than normal because of the state of the economy and lower business volumes, but many of these were not serious loss-makers.

A hardcore of perhaps 15 were losing significant money, but the cost of closing the majority of these was higher than the projected losses until the leases expired.

Overall the division made an operating profit. It was the years ahead that caused concern.

The deal with Thomas Cook was done believing 600 jobs might go eventually, but most would be protected and more opportunities would be available in the larger group.

The final decision to create the joint venture was, personally, a difficult one. I had seen the business grow from a tiny regional player to a near national business.

But I genuinely believed it was the best solution to protect the most jobs and see the Co-operative Travel brand continue and flourish.

Hindsight is wonderful. The seriousness of Thomas Cook’s financial position was not known then, at least by me.

Of course, it is clear now and much of the current action is understandable.

The new Cook management team faces a massive challenge to turn the business around. The industry needs a viable and successful Thomas Cook and I desperately want the plan to get the company back on track to succeed.

Yet I have difficulty understanding some of the recent cost-cutting announcements.

For example, some Co-operative Travel shops rumoured to be on the list for closure were profitable units only 18 months ago, even where a profitable Thomas Cook shop was in competition.

However, my biggest concern is for the future. Assuming there has been no renegotiation, the joint-venture deal will not end until October 2016 – 12 months later than Cook’s stated strategic turnaround target.

There has been little commentary about the part The Co-operative Travel brand will play in the long term.

Both retail brands are well known nationally. Both have unique attributes and positioning on the high street and online. Yet there appears to be little attempt to continue the differentiation between the brands.

For example, in the peaks period there was no TV advertising for The Co-operative Travel and any differentiation seems to be sparse.

I can’t help feel that this is because there is no one at a senior level who really understands what The Co-operative Travel stands for.

The synergies identified at the time of the joint venture provided significant savings. But the strategy was also to develop and re-engineer The Co-operative Travel brand to the point that it would properly contribute to the joint venture and to the Thomas Cook group.

I know how challenging it will be to restore the financial performance of Thomas Cook’s UK business in the circumstances. But I would plead:

I still believe there is an opportunity to deliver real benefits by taking a grip on the Co-operative Travel brand.

I urge Thomas Cook and the joint-venture board to be certain about the actions they are taking in regard to the Co-operative Travel and the impact in the short, medium and long term.

I sincerely wish them the very best of luck for the long-term outcome.