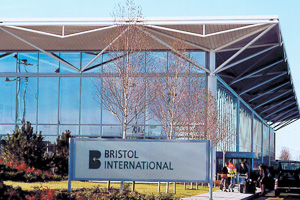 The airline has stepped in to re-establish connections to Germany previously dropped by Lufthansa, British Airways and easyJet.

The Frankfurt route returns after a four-year absence and makes bmi regional the sole operator of services between the South West airport and Germany with the exception of an easyJet route to Berlin.

Bmi regional is serving Frankfurt six times a week using an Embraer 145, with frequency rising to twice daily, six days a week from May 13.

The carrier started a double daily Hamburg link in February followed by the announcement of services to Hannover and Munich, in addition to the Frankfurt service.

The airline also runs a double daily service from Bristol to Aberdeen and starts daily flights to Milan in next month.

Chief commercial officer Steve Hoy said: “We now operate four routes from Bristol Airport to major German business hubs including Frankfurt, Hanover, Munich and Hamburg which can only benefit businesses in the area. We’re looking forward to further expanding our route network throughout 2013.”

Bristol airport aviation director Shaun Browne said: “Frankfurt is an interesting destination for leisure visitors, but the big win is for businesses across the South West and South Wales who now have a direct link to one of Europe’s leading commercial centres.”