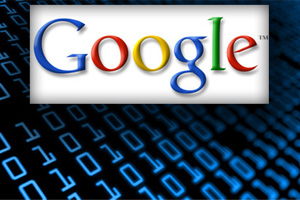 The enforcement against Google marks the first time data-protection authorities in the UK, Germany, France, Italy, Spain and the Netherlands have co-ordinated proceedings against a single company.

The move follows a probe on behalf of EU regulators, led by French data-privacy agency CNIL.

This concluded Google failed to provide adequate information on how users’ personal data was used across multiple platforms.

The CNIL report suggested Google allow users to see what information is held about them and provide tools to manage the data, while ensuring less data was stored.

Google was given a four-month deadline to change its policy and comply. The deadline expired yesterday.

In a statement, CNIL said: “Google has not implemented any significant compliance measures.”

The authority said Google was warned about potential action on March 19, but had still taken no action.

Google insisted: “We have engaged fully with the data-protection authorities involved throughout this process and we’ll continue to do so.”

Immediately prior to the announcement, Google revealed it had replaced privacy director Alma Whitten.

The company faces potentially heavy fines. The penalties EU authorities can impose are currently limited to below €1 million. However, new Europe-wide rules, set to be approved by the end of the year, should allow fines of up to 2% of a corporation’s global turnover.

“I’m confident the European Parliament and EU member states will strengthen Europe’s enforcement tolls substantially in the course of this year.”

The joint-enforcement action is potentially the most serious among a growing number of probes into Google’s behaviour.

EU officials recently criticised US authorities, accusing them of lobbying on behalf of Google and Facebook for a relaxation of Europe’s privacy rules.

Google is already embroiled with EU competition authorities over the prominence of its own products in search results.

The company has also been fined in the past for privacy breaches. It was penalised in 2010 after its Street View cars copied emails and passwords from private wi-fi networks.

Google launched its Flight Search tool in the UK last month amid conjecture about the extent of the search giant’s ambitions in travel.