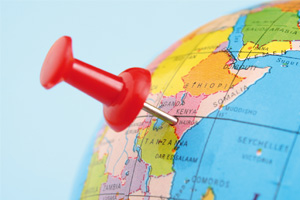 The uncertainty that followed the recent presidential election is now resolved, says Mikey Carr-Hartley, allowing Kenya and its tourism industry to turn a corner

After the uncertainty which dominated much of the recent Presidential election in Kenya, one thing is now certain.

Uhuru Kenyatta, the son of Kenya’s founding President, will be sworn in as the country’s new leader next Tuesday (April 9).

I believe it will be an historic day for all Kenyans, whether or not they work in the vibrant and critical tourism industry.

It will be historic because Kenya will have turned a corner. There has been relatively little violence in recent days, despite the narrowness of Kenyatta’s election victory, because many people feel that the country is maturing as a democracy.

The victory provides more certainty in a world where so much is uncertain – economically and politically.

Tourism stands to benefit from this new Kenyatta era. The security and safety of tourists has been at the forefront of the election campaign, providing a snapshot of how much importance the new President gives to the outside world coming in to Kenya.

It is vital Kenyan tourism as a whole shows how diverse life is here – from vibrant city living in Nairobi, where we run the iconic Giraffe Manor, to the beautiful game safaris in the wilderness.

With the election process now over, there has never been a better time to visit and experience Kenyan life.

I believe the new President will push development and focus on new infrastructure, providing a boost to the whole economy.

Uhuru Kenyatta has a strong business background, is young, dynamic and is willing to listen to advice.

We would love to see more investment in road building to help criss-cross the country, in our airports, in our telecoms and wi-fi infrastructure.

It is clear Kenyatta may also try to solve some of the big issues facing wildlife here, including the elephant-ivory and rhino-poaching crises. This is one of Kenya’s biggest challenges for the future.

Externally, Kenya remains on the radar of so many countries, especially the UK and the US which are highly dependent on Kenya for stability in, and maintaining their own presence in, the East African region.

It will be interesting to see how the west treats Kenyatta with the threat of International Criminal Court action for alleged crimes against humanity involving Kenyatta and William Ruto, who incidentally were on opposite sides of the post-election violence in 2007.

Kenya itself is now being targeted by Chinese investors, who are ploughing millions of dollars into the country in return for a stake in one of the fastest-growing countries in Africa.

The UK and the US cannot afford to lose their deep-seated links with Kenya.

Uhuru Kenyatta has promised to work for all Kenyans, even those who opposed his election. This bodes well for Kenya’s future.

Many of us are pleased to see certainty return. All of us wish the fourth Kenyan President well in turning the country into one of the most attractive in the world for tourists.