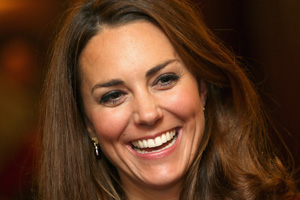 Duchess of Cambridge Kate Middleton is to be godmother to Princess Cruises’ new ship Royal Princess.

Middleton will be present during the naming ceremony for the 3,600-passenger new-generation ship in Southampton on June 13, where the ship’s hull will be christened with the traditional champagne bottle breaking.

Securing the duchess as godmother will be seen as a significant coup for the cruise line and is likely to generate a huge amount of publicity.

Alan Buckelew, the line’s president and chief executive, said: “It is a great honour for Princess Cruises that Her Royal Highness The Duchess of Cambridge has accepted our invitation to become the godmother to Royal Princess. We are delighted that the duchess will launch our new ship and can think of no better way to celebrate our company’s British heritage and our commitment to the country.”

More than 10,000 past passengers and 2,000 agents will be invited to view the ship during the celebrations.

The ship’s 12-day Grand Mediterranean cruises between Barcelona and Venice start on June 23, preceded by a seven-day maiden cruise from Southampton to Barcelona departing June 16.

Two short preview cruises to Guernsey on June 9 and June 14 will also run around the naming celebrations.

The Royal Princess is the first in a new generation of ships for the cruise line. The Regal Princess, a 3,600-passenger sister ship to Royal Princess, will make its debut in the spring of 2014.

Both ships feature a glass-bottom walkway extending more than 28 feet beyond the edge of the vessel, private poolside cabanas and balconies on all outside cabins.

Royals have long been a popular choice for ship godmothers. During her reign, Queen Elizabeth has christened three Cunard ships, including her namesake Queen Elizabeth 2 in 1967.