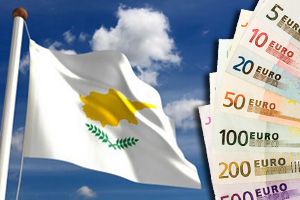 Extra promotional deals and early booking offers to Cyprus are being employed to overcome the negative impact to tourism of the island’s banking crisis.

Hoteliers, agents and operators on the island report that their offering remains unchanged as they gear up for the Greek Orthodox Easter celebrations which coincide with the May bank holiday in the UK.

Hotels and most restaurants continue to operate normally and ATM withdrawal limits have returned to standard levels, according to the Cyprus Tourism Organisation.

Most hotels and major restaurants have continued to accept credit cards during the banking meltdown.

Cyprus agreed a €10 billion bailout from the European Union and International Monetary Fund designed to untwine it from a banking sector that has all but crumbled in the past month.

Visitors should find there are no issues with cash on the island as ATM withdrawals – for UK account holders – have returned to the standard level of €300, the CTO said. The limit for cash being taken out of the country remains at €1,000.

Visitors arriving with more than this amount are advised to declare it at customs on arrival in order to be able to take the same amount with them on departure.

CTO UK director Orestis Rossides said: “In light of the recent domestic banking developments, we are keen to reassure travellers to Cyprus that its tourism offering remains strong.

“With a wide range of attractive packages on offer, now is the time to time to look to trustworthy holiday operators and enjoy a sun-filled break to the island and experience the warm and friendly hospitality that Cyprus is so famed for.”

Classic Collection Holidays head of marketing Vanda Bauer said the operator enjoyed “unprecedented sales” to Cyprus in January and February with summer bookings up by more than 50% above the same period last year.

“Not unexpectedly, during March, sales slowed but somewhat surprisingly didn’t dry up completely,” she added.

“We here in Britain appear to have a great affinity for all things Cypriot, and there are many loyal Classic customers from the UK who are continuing to support their Cypriot friends by continuing to visit this sun-filled Mediterranean island.”

Cyplon Holidays managing director Harry Hajipapas said: “We are pleased to confirm that all of our featured hotels are continuing to operate as usual, with their distinguished levels of service and warm hospitality.

“With a number of extended early booking discounts now on offer, there is no better time to visit Cyprus.”

The operator is offering a seven-nights at the five-star Anassa Hotel leading in at £760 per person, based on two sharing throughout May including a free upgrade to half-board and return flights from Gatwick to Paphos.