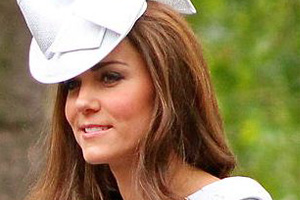 Kate Middleton’s acceptance of the invitation to be Royal Princess’s godmother will put the Princess Cruises brand firmly on the map and be a massive boost to cruising and even the British economy, according to the line’s UK boss.

Speaking to Travel Weekly yesterday moments after the news that the Duchess of Cambridge had agreed to name the new generation of ship in Southampton Princess managing director Paul Ludlow said:

“Over 1.7 million Brits cruised last year – cruising benefits the UK tremendously and the Duchess of Cambridge’s support of our new ship launch will give a massive boost to the British economy.

“If her involvement also helps to put Princess on the map and raise awareness of our cruises, then that is great for us.”

Ludlow explained Princess had first asked the Duchess last year and said the link with the US-owned cruise operator and the UK was a strong one.

“Princess Cruises made an approach last year and after careful consideration with the Palace, the Duchess was pleased to accept our invitation.

“We are extremely proud, honoured and excited that she has accepted and can’t thank her enough for doing this for us.”

The naming celebrations will take place over two days in June, with a gala dinner taking place on the 12th, followed by the official naming ceremony which Kate will attend.

Ludlow said: “It will be a traditional ceremony where the Duchess will smash the champagne, but there will also be some very contemporary elements, fitting of the Princess brand which is known for being informal and contemporary.”

He said there would be a number of acts performing which would be well-known in the UK but said more secrets and surprises would be revealed nearer the event.

Invitations to the naming celebrations, including the Duchess’s name, were sent out to a VIP guest list this week.

The entire ceremony will be streamed live on Princess’s website so everyone can be part of the excitement.

Asked how surprised Princess had been when Kate accepted the invitation to be godmother to an American cruise ship built in Italy, Ludlow said: “Princess Cruise has British roots and we couldn’t think of a better way to celebrate our British heritage.”

Ludlow, who has been in his role for just two years, added: “There have been some massive things going on over the last six or so months, but this has dominated everything. I am just so proud and honoured about this news today.”

There are just 62 days to go until the launch of Royal Princess.

The naming of Royal Princess by the Duchess of Cambridge is notable as Prince William’s mother, Princess Diana, was the godmother of the last ship in the fleet which bore the same name which was also christened in Southampton.