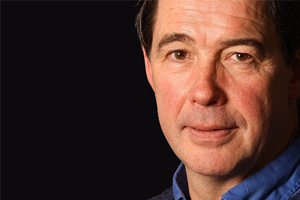 Environmental campaigner Jonathon Porritt challenged the industry to sign up to the new Whole World Water campaign yesterday in an address to the World Travel and Tourism Summit (WTTC).

Porritt, founder and director of Forum for the Future and former leading member of Friends of the Earth, told the WTTC: “One billion people in the world don’t have access to clean water. It’s a horror story and travel and tourism could sort this out.”

He told the industry chief executives who comprise the WTTC: “Stop buying bottled water. Invest in producing your own purified water and sell it to customers.

“Invest [the money] in solutions for communities that don’t have access to clean water now. This is something every hospitality company could sign up to.”

In an uncompromising address, Porritt told the WTTC summit in Abu Dhabi: “We know about the economic contribution of travel and tourism. It’s immense.

“But we know as well there are considerable constraints on natural resources.

“How do we decouple the impact of what is becoming the world’s largest industry so it does not become the largest destroyer of natural capital?”

Porritt insisted: “We can’t do sustainability by add-ons or by mitigating damage. That will not get us where we need to be.

“Have we a full sense of the priorities or are we looking at an industry still in denial? This is a finite planet. The science of climate change is now unequivocal. It is part of our physical reality.

“Many of the world’s most eminent climatologists now talk about four degrees [of global warming] by the century’s end.

“The consequences are indescribable  But think of it as ‘value at risk’.”

He insisted: “The solutions are there – efficiences, renewables, storage technology and smart grids.

“This is all available at a price every one of your companies could afford.”

Porritt recalled being an advisor to the WTTC for four years in the 1990s and said: “I met with a pretty chronic lack of awareness and indifference and a certain amount of hostility.”

However, he said: “That is not the case today. The industry has changed enormously.”