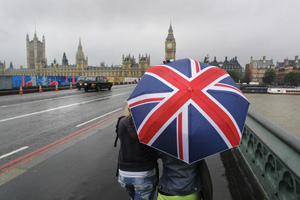 London hoteliers expect to score from London hosting the Champions League final at Wembley Stadium on May 25.

Forward-looking data from hotel market intelligence provider TravelClick shows that around half of rooms are filled for both the nights before and of the final (49.8% and 53.1% respectively).

Hoteliers are reaping the benefits of increased demand as the average daily rate shows a rise of 29.4% on the same weekend in 2012.

Group bookings showing an increase of 9.1% even though no UK team remains in the tournament and the finalists have yet to be decided.

The information is based on data from 88 hotels in the capital with a combined capacity of 18,656.