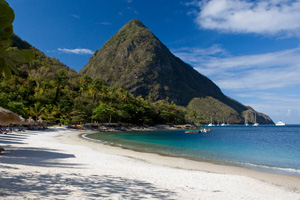 Three men are reported to have been arrested following the robbery at gunpoint of 60 cruise ship passengers on an excursion in St Lucia – including ten Britons.

Authorities believe four men were involved in the robbery at Soufriere Botanical Gardens, during which a tour bus was held up and valuables taken from passengers, including 10 British passengers from Celebrity Cruises’ Celebrity Eclipse.

A police statement said: “The men systematically searched the guests as well as their belongings. The masked men robbed them of monies, jewellery, cameras and cell phones and escaped in the nearby bushes. Apart from the trauma of the incident, none of the passengers robbed were injured,” it said.

Two crew members from the cruise ship were also on the bus along with passengers.

St Lucia Tourist Board chairman Matthew Beaubrun told local broadcaster DBS: “This is a rare incident. This is such an important industry for us that we need to respond. We have taken it very seriously at the highest level.”

Celebrity Eclipse is on a 14-night Caribbean cruise that departed Fort Lauderdale in Florida on April 6 and returns there on Saturday.