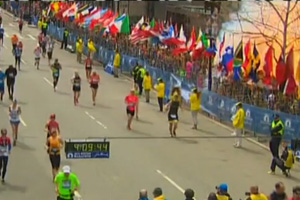 Booking enquiries for travel to Boston are expected to dip temporarily in the wake of two bomb explosions this week.

The explosions close to the end of the Boston marathon on Monday also put police on alert in major US cities including Washington DC and New York City, sites of the September 11 attacks in 2001.

The attacks, which killed three people and injured more than 130, were being treated as “potentially terrorist”. The Foreign & Commonwealth Office advised travellers to exercise “vigilance and caution”.

USAirtours had three clients arrive in Boston shortly after the explosions and a further nine due to arrive by today (Thurs).

Managing director Guy Novik said: “In our experience of similar events in the past, such as the Oklahoma bombing, it is inevitable there will be a temporarily lull in bookings to that region and other parts of the US. Until there is more information, people will delay booking.”

Peter Traynor, UK general manager of escorting touring specialist Collette Worldwide added: “I don’t think anyone is going to rush off and book a holiday to Boston but no-one will abandon the idea either.”

Specialist sports tour operator Sports Tours International, which organised a trip to the Boston marathon for 40 runners and 11 non-runners, said all were safe. In a statement it said: “We were shocked and deeply saddened to witness the incident at the Boston Marathon. Our staff in Boston and our UK Incident Response team have made contact with each of our runners in Boston and they are accounted for and safe. Our thoughts and prayers are with those affected by this terrible tragedy.”

Travel agency Travel The World Two in Cheshire contacted its two clients at the Boston Marriott Copley Square Hotel via text. “They had  just arrived and texted us to say they were safe, but this could affect whether people go to Boston,” said business partner Denise Hodgson.

Travel Counsellors’ chairman David Speakman said the agency was checking to make sure all clients in Boston were well.

British Airways dropped charges for those wishing to change flight dates or destinations for travel up to today (April 18) into Boston Logan International Airport.

Hotels and tourist attractions increased security. The Fairmount Copley Plaza only allowed guests and colleagues into the hotel and encouraged those inside to stay there.

The UK office of the Massachusetts Office of Travel and Tourism said it expected the city to be back to business as usual “as soon as possible”.

A Visit USA spokesman said: “It’s really important the trade keep promoting the US as an entire destination. We don’t want this incident to affect tourism for the whole of the US. The US is open for business.”

Security is now being reviewed for the London marathon on Sunday.

Caribtours managing director Paul Cleary, who is running the marathon, said: “This is a bit of a wake-up call but it will probably mean security will be bigger and better than ever.”