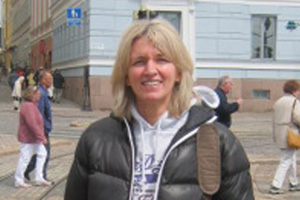 Google ‘lesbian holidays’ and Diva Destinations takes the top spot in the natural search listings. It’s where all businesses aspire to be.

So it might surprise you to hear founder Jennifer Grant only launched her agency’s website in January, that she came up with the idea less than a year ago, and only set it up after coming across a homeworking opportunity with Independent Travel Experts by chance online.

In fact, after being made redundant last June, she had no intention of getting another job in travel. Fate intervened and an opportunity too good to refuse arose and Jennifer had an idea to create an agency focused on the lesbian community, but also catering for the gay, bisexual and transgender market.

“I was looking for homeworking opportunities to fit around my two children when I came across ITE,” says Jennifer, who is gay herself.

“I didn’t think there would be an opportunity for my own Atol-bonded company, so this was a golden ticket.”After realising the potential of the business, there was almost no stopping her.

“I wanted to create a travel agency that was breaking the mould of lesbian, gay, bisexual and transgender travel,” she adds.Within less than six months, Jennifer says she could easily “work 36 hours day”.

Already she says Diva Destinations is the only Atol-bonded UK agency to offer bespoke packages for the annual International Women’s Festival in Lesbos, Greece.

She has also set up a sports division to offer packages to professional women’s sporting events worldwide, which she believes is another first.

She also believes part of the company’s success is because it is easier for gay people to deal with someone who is also gay.

“It’s not easy for a gay couple to speak to someone about their travel preferences. There is still prejudice about rooming. Ringing me takes away that awkwardness,” she says.

Jennifer’s use of social media, namely Twitter and Facebook, is also paying dividends. She has been contacted by scores of gay-friendly properties who want  to do business with her and  help her put together bespoke pink packages.

And this is only just the start. “I’ve still got quite a few ideas,” she says.