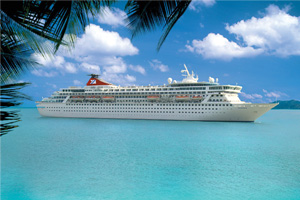 Fred Olsen has come under fire from the advertising watchdog over its early booking ‘price promise’ after the guarantee was found to be invalid.

The Advertising Standards Authority banned the cruise line from repeating the price pledge claims after two consumers complained that the promotion was misleading because the cruises they had booked were subsequently available at a cheaper price in a promotional ‘Two for One’ offer.

The ASA took into account small print exclusions which applied to the promotion for 2013 cruises, but ruled that consumers “were likely to interpret the claim ‘best deal – guaranteed’ to mean the price they paid for their cruise would not be bettered.

“We understood the subsequent ‘Two For One’ offer meant that the cruises could have been booked at a cheaper price.

“We therefore considered that the claim was likely to mislead consumers into believing they would always pay the best price.”

The cruise line argued that the brochure made clear which exclusions applied to the price pledge.

It believed the restrictions placed on ‘Two for One’ offers meant cruises booked under the price pledge were more flexible and therefore, were a better deal.

Fred Olsen told the ASA it did not believe the ad was misleading.