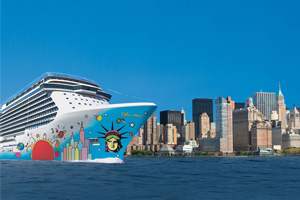 Price cuts of up to £150 per cabin are being made on sailings and destinations across the Norwegian Cruise Line fleet.

Agents will receive £25 bonus commission on every new booking made between today (April 26) and May 14.

The incentive marks the introduction of new ship Norwegian Breakaway which is being previewed to the UK trade in Southampton on Monday.

The discounts apply to selected cruises of six nights or more between May 2013 and April 2014.

Vice president and general manager international Francis Riley said: “We are really excited to bring our brand new and innovative ship, Norwegian Breakaway, to market and there is no better way to celebrate than with a fantastic launch campaign.

“The Celebration campaign forms part of our Partners First philosophy, engaging and rewarding our travel partners in selling Norwegian.”