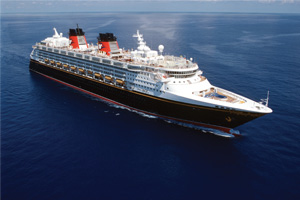 The 15-year-old vessel enters dry dock in Cadiz in Spain for a month from September following its summer season in the Mediterranean.

Marvel cartoon characters will be used for the first time in the Avengers Academy entertainment experience where children interact with characters as part of a reworked area for those aged 3 to 12.

A three-story AquaDunk body slide includes a translucent tube that extends 20 feet over the side of the ship while another extends for 250 feet of loops and turns.

Brazilian-style Carioca’s replaces the current Parrot Cay restaurant while more inside space is being added to the current Topsider Buffet, which is being re-named Cabanas with an Australian theme, increasing the area by nearly 3,400 square feet to more than 9,460 square feet and a total of 455 seats.

An Irish sports bar O’Gills is being added to the re-named After Hours adult entertainment zone on board the vessel, which includes includes venues for dancing, comedy, music and variety shows. After Hours replaces Beat Street, currently on the Disney Magic.

“It’s our goal to create a sleek and sophisticated adult experience in After Hours,” said Joe Lanzisero, senior creative vice president for Walt Disney Imagineering. “Each of the three clubs has a different feel that complements the others.”

Disney Cruise Line president Karl Holz said: “We have always been committed to reinvesting in our fleet and continuously making shipboard enhancements that elevate the guest experience.

“What we’re doing with the Disney Magic is yet another step forward in our commitment to delivering the absolute best family vacations at sea.”