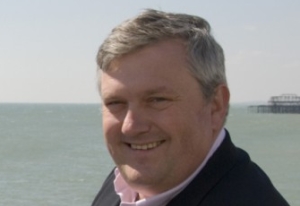 Ryan, who most recently spent four years as managing director of Island Cruises, will run the Voyages of Discovery and Swan Hellenic lines and report into All Leisure group chief executive Ian Smith.

Ryan’s appointment follows the decision of Voyages of Discovery’s Alan Murray to leave the business following the closure of All Leisure’s Burgess Hill office.

Swan Hellenic’s Tony Dyson will also return to retirement, though he will remain as a part-time non-executive director.

Smith said: “We are pleased to appoint Patrick to this new role, given his deep knowledge of the cruise industry and we are confident that he will drive the continued growth of the two cruise brands within his portfolio”.

He added: “I would like to take this opportunity to thank both Alan and Tony for their contributions to the business”.

Ryan left Island Cruises in 2008, and has since been running his own consultancy business focusing on the travel industry, particularly the cruise sector.