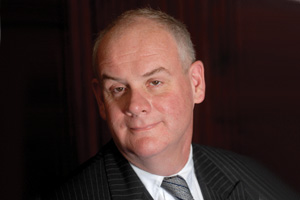 Daniel Moylan will tell the Advantage Conference this weekend thta ‘Heathrow has no future’. He spoke to Ian Taylor

There is no future for Heathrow as a hub and it must be replaced by an airport “east of London”, Boris Johnson’s aviation adviser Daniel Moylan will tell the Advantage Conference in Malaga.

The Mayor of London has argued so often for a Thames Estuary airport to replace Heathrow that the proposal is routinely referred to as “Boris Island”. But neither Johnson nor Moylan are hung up on where east of London it should be. “It could even be at Stansted,” Moylan told Travel Weekly.

“London needs a properly functioning hub airport because we can’t expand Heathrow  and Boris is in favour of a hub airport somewhere east of London,” he said.

“Heathrow is half the size of Paris Charles de Gaulle. It’s completely full. It is the most noise-polluting airport in the world and if it expands it will be more noise polluting.”

Moylan dismissed the suggestion that expanding Heathrow could be quicker than building a new airport. “Heathrow expansion would require planning permission in exactly the same way as an airport to the east of London,” he said, adding: “Expanding Heathrow would be a huge engineering challenge.”

He acknowledges he was once sceptical about a hub airport. What changed his mind, he said, were “the facts”. “I listened to the arguments and looked at other countries which focus on building their hub airports.”

The current government will make no move on airport construction in the southeast, but the Davies Commission, set up last autumn, will examine the options and make recommendations after the next election.

Moylan said: “It’s great there will be a commission, but we could do with a shorter timeframe.

“Obviously, there is a political point, but we would like to see the Davies Commission report much sooner.”

He added: “The commission will be persuaded of the need for a hub airport; they need to decide where to put it.”

Moylan has little time for the arguments of Willie Walsh, head of BA parent IAG, who said last month: “There won’t be a third runway [at Heathrow] and there won’t be a new airport in the Thames Estuary because of the cost.”

Moylan envisages Heathrow shrinking to serve “the premium leisure market” and said: “Willie Walsh should cheer up and look to the opportunities that would arise for BA if it had unrestricted access to a new airport.”

Moylan concedes a new airport would cost £50 billion and “there will have to be a contribution from the public purse”.

“I have never said a new airport can be built without public funds,” he said. “Taxpayers will have to pay for road and rail links.”

Yet he believes the government would finance the project: “It is exactly what the government is proposing [on infrastructure] and they would see a fantastic return,” he said.

He dismisses the idea that influential figures, including former transport secretary Lord Adonis, reject the notion of an estuary airport after studying the proposals.

“There are no detailed plans,” he said. “No one has any funding to produce detailed plans. The government has to put up the funding for plans.”

Moylan also dismisses possible objections to a new airport from business travellers, many of whom choose to live near Heathrow, according to a survey for the Guild of Travel Management Companies.

He said: “If we decide to go ahead, it will be a project of 12-15 years. People move house every seven to eight years on average, so business travellers will have ample opportunity to plan.”